In the past the size of the choke of a shotgun was standard, there was less variety in size. But now different Shotgun choke has different shape. And as a shooter it is important to know the chole size of your shotgun. But there are several ways to identify the choke of the gun. Here we would describe all of these briefly. So stay with us to know more about the shotgun choke size.

What is Shotgun Choke

A choke is a tapered constriction of a gun barrel at the muzzle end in weapons. Chokes are most typically found on shotguns, but they can also be found on rifles, handguns, and even air guns.

Chokes are virtually always utilized to improve performance with modern hunting and target shotguns. Its aim is to shape the spread of the shot “cloud” or “string” to improve range and accuracy, as well as to deliver the ideal pattern of pellet density for the specific target, based on its size, range, aspect, and whether it is heading towards, across, or away from the shooter. Chokes are implemented as screw-in chokes, which are selected for some specific uses, or as permanent chokes, fixed.

Before measuring the chokes, you need to find out what type of choke the gun has. There are several types of chokes available, some of them are described below briefly

Full Choke: The restriction of a full choke is very tight. The shot stays together even longer, making this choke ideal for squirrel, turkey, and other game shots at 40 yards and beyond. Extra Full or Turkey choke is occasionally used by turkey hunters for even denser patterns at long range.

Modified choke: The constriction in the modified choke is mild. Because the pellets stay together longer, the shot string becomes denser and more helpful at longer ranges. This choke is frequently employed when hunting doves and ducks or geese with steel shot. Improved Modified chokes are slightly tighter than Modified chokes.

Improved choke: Improved A small constriction exists in the cylinder choke. It enables the shot string to spread quickly. This is an excellent choice for quail, rabbits, and other upland game at close ranges.

Measure with a Bore Gauge

Because shotgun bore sizes vary greatly from gun to gun, the actual diameter of the bore is critical. To identify the choke, take measurements of your bore and choke diameter. The amount of tightness determines the size of your choke. To calculate the constriction, subtract the choke diameter from the bore diameter. Constriction = Bore Diameter – Choke Diameter

My Browning Sweet Sixteen, for example, has a bore diameter of.661″ and a choke diameter of.654″. As a result, it has.007″ of restriction, identifying it as an Improved Cylinder choke.

The disadvantage of this method is the high cost of the bore micrometer. Finding a gunsmith who has access to one of these gauges is a viable alternative in this situation. Furthermore, each manufacturer utilizes a different number for constriction measurement.

See More: Checking the Kydex Holsters for Revolvers will be helpful as well.

Most Effective Way of How to Measure Shotgun Choke Size 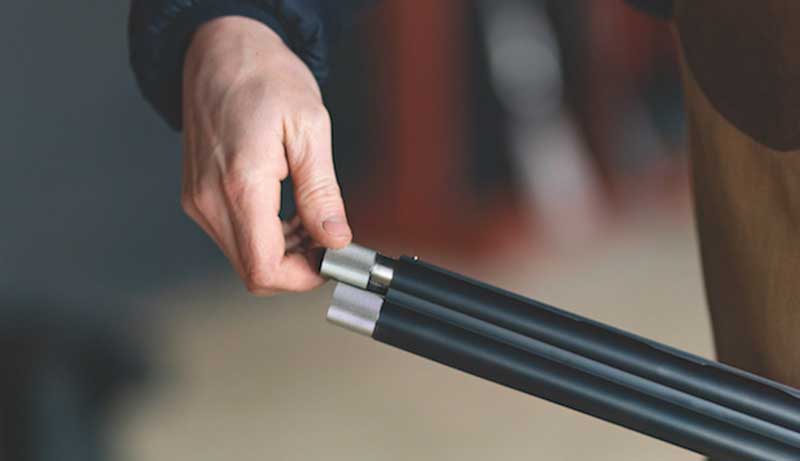 The choke in a barrel is commonly referred to as a true cylinder, enhanced, quarter, half, three-quarter, or full. The term “points of choke” is used by gunmakers. They assess shotgun choke in relation to bore diameter. And that may vary considerably within any designated bore size rather than at the muzzle alone.

One point equals one-thousandth of an inch of restriction. The following is what one would expect from a gun.

However, these descriptions should not be evaluated in isolation from their apparent impacts. Choke, when properly evaluated, refers to the quantity of pellets that any given barrel/constriction throws into a 30in circle at 40 yd.

The quality of the shot, the type of wad, and other considerations such as the specific bore diameter and the style of choke – short or long, basic conic or conic cone plus parallel section may all be important.

Only at the pattern plates and in relation to a certain cartridge can shotgun choke be established definitively. The measurement of constriction alone can be deceptive. Previously, a gunsmith would always ask his client what cartridges he intended to use and then adjust the chokes to the necessary percentage. If the client chose the gunsmith’s own brand, he would have to keep using the gunmaker’s cartridges to assure consistency of performance. 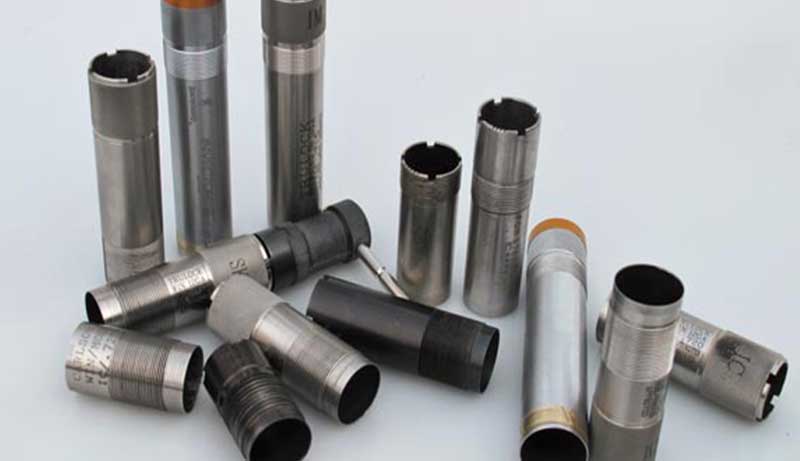 Chokes were not routinely used a few decades ago. Chokes, on the other hand, are almost usually used to improve performance with most modern hunting and target shotguns. So it is important to know the right size, because unless this you cannot achieve a better performance.